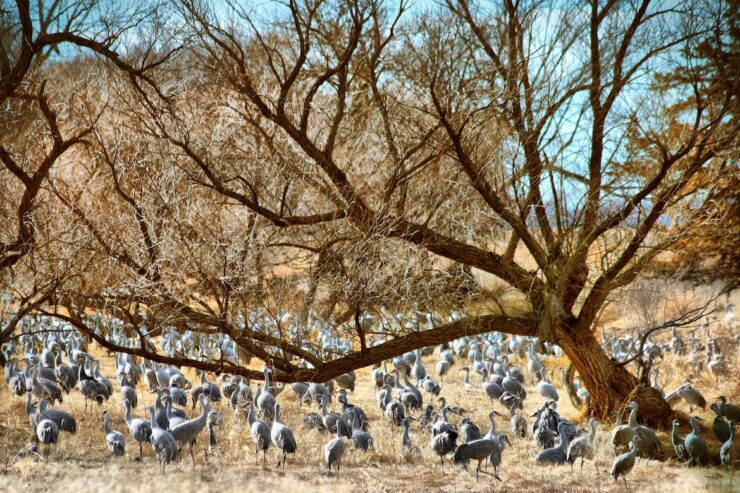 As part of our comprehensive guide to US Hunting Seasons By State on this page you will find out “When Is Hunting Season for Nebraska?”

There is also general information on the different hunting seasons for a wide range of wild game species. You will find links to the relevant State Authority so you can make sure you have all the correct legal obligations in place before you start your hunt.

The Nebraska hunting season website describes the hunting in this State as follows:

“The diversity of Nebraska’s hunting opportunities is difficult to overstate. Big game species available in Nebraska include mule deer, white-tailed deer, bighorn sheep, elk and four different varieties of wild turkey. Unique upland opportunities including grouse and prairie chickens, as well more common species including pheasant, rabbit and squirrel, have led some to refer to Nebraska as the “mixed bag capital.” Throw in ample waterfowl species, and you’ve got hunting opportunities that are tough to beat.”

IMPORTANT. All care has been taking in preparing this hunting season information for you. Please check the relevant State Authority’s Website for further information and any changes to current US Hunting Season Regulations. We have provided a link to each States hunting season website for your convenience.

The Nebraska Department of Game and Parks makes the following comments about deer hunting season.

“Some simply call it deer season. In Nebraska, we like to think of it as permit season. From mule deer to whitetail, no matter how you prefer to take your shot, Nebraska has an over-the-counter permit for you. That’s right, no lotteries here, just easy access to public land and thousands of trophy-quality deer. Plus, with $8 youth permits, Nebraska is the perfect place for young hunters. Here in Nebraska, we make it easy to get into the stand.”

“Nebraska’s, modern deer season began in 1945, with a harvest of 275 mule deer and two whitetail deer from Nebraska National Forest near Halsey. Since then, deer hunting has become a treasured tradition enjoyed by countless hunters, who have harvested more than 2.2 million deer. Careful management the past five years has resulted in growth in mule deer herds and a reduction in whitetail herds. Season recommendations for 2019 will allow a harvest of approximately 10,000 mule deer and 46,000 whitetail deer.”

The Nebraska Department of Game and Parks makes the following comments about deer hunting season.

“Nebraska offers the best turkey hunting opportunities in the entire country. It’s not just that Nebraska’s got an awful lot of turkeys – including the highly sought-after Merriam’s – though it certainly does. Nebraska also offers plentiful and affordable permits, long seasons, great public access.”

The Nebraska Department of Game and Parks makes the following comments about small game and furbearer hunting season.

“Nebraska has a wealth of furbearing species which provide opportunities for wildlife watching, photography, hunting and trapping. Furbearers are a group of native mammals that have valuable fur. Furbearers with a harvest season include: badger, beaver, bobcat, mink, muskrat, opossum, raccoon, red fox, gray fox, striped skunk and long-tailed weasels. Coyotes and woodchucks are nongame and thus not protected as furbearers; however, they also possess valuable fur and are commonly harvested in Nebraska.The furbearing species that are harvested are common or abundant in Nebraska.”

The Nebraska Department of Game and Parks makes the following comments about game bird hunting season.

“Nebraska is blessed with a variety of wetland habitats that ducks and geese use both during fall and spring migration. The variety of wetland habitats also provide for different hunting opportunities throughout the season and across the state. With teal season beginning in September, the light goose conservation order in February and the regular duck and goose seasons in between, Nebraska offers many waterfowl hunting opportunities.”

Close to 100,000 Canada geese are harvested in Nebraska each year, and hunting opportunities exist in every corner of the state.

I hope you have found this State hunting season information helpful in planning your next great hunting adventure. Please feel free to share this page with your hunting buddies. In addition to these US Hunting Seasons by State pages, you may be interested in these posts.

11 Of The Best States For Hog Hunting​​