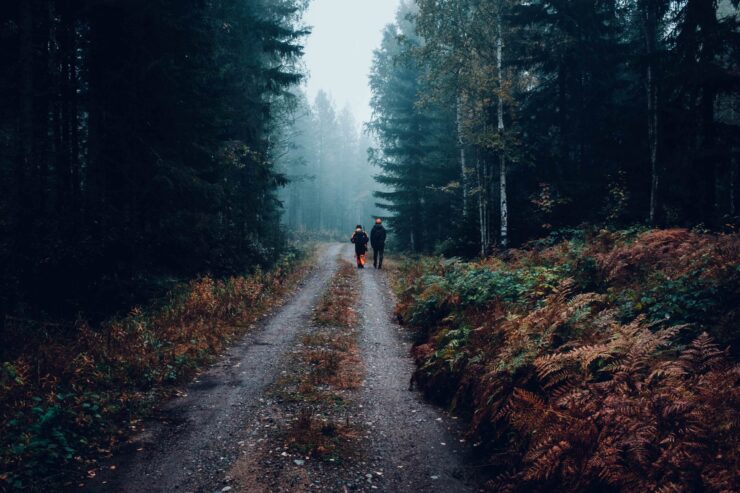 Do you like a good chuckle? Bring some of these hunting jokes out around the next campfire or sitting back on the porch after a long days hunt. Enjoy 11 of the best hunting jokes to make you laugh.

The Best Hunting Jokes To Make You Laugh

If you are sensitive to hunting jokes or humor leave this site NOW!

Two men went bear hunting. While one stayed in the cabin, the other went out looking for a bear. He soon found a huge bear, shot at it but only wounded it.

The enraged bear charged toward him, he dropped his rifle and started running for the cabin as fast as he could. He ran pretty fast but the bear was just a little faster and gained on him with every step.

Just as he reached the open cabin door, he tripped and fell flat. Too close behind to stop, the bear tripped over him and went rolling into the cabin.

The man jumped up, closed the cabin door and yelled to his friend inside, “You skin this one while I go and get another!”

A Cowboy was going deer hunting.. His blonde wife said she was going with him.. That they never did anything together.. So, they went..

He put her in a stand by herself.. Later in the morning, he heard her shoot.. He went over to her stand and she was pointing her rifle at a guy with a cowboy hat on..

The guy was telling her, Ma mm, you can have the deer you shot. I just want to take my saddle off of him!

A group of hunters fully equipped with rifles, ammo and camping supplies, came upon a young boy armed only with a slingshot.

“What are you hunting for?” asked an older hunter. “I don’t know. I ain’t seen it yet,” said the boy.

Charlie died in a fire and was badly burned. The doctor needed someone to identify the body so he sent for his two best deer hunting buddies, Jed and Buck. These guys had hunted together forever.

Jed came in to identify the body and when the doctor pulled back the sheet:-

You better turn him over. The doc rolled him over and Jed said, “Nope they ain’t him.”

So the doctor brought in Buck to see if he could identify Charlie. When the sheet was pulled back Buck said “Wow his face is badly burnt. You better turn him over. The doctor rolled him over and Buck said “Nope that ain’t him.”

The doctor asked, “How can you tell?”

“What, two ass-holes?” Asked the doctor

“Yup, we never seen ‘em but everybody used to say, Here comes Charlie with those two ass-holes.”

Two Canadian hunters were driving through the country to go bear hunting. They came upon a fork in the road where a sign read “BEAR LEFT” so they went home.

Two rednecks from Arkansas were out hunting. They decided to separate to get a better chance of catching something.

The first redneck says to the other, “If you get lost, fire three shots into the air every hour. That way I can pinpoint you and find you.”

After about three hours, the second redneck finds he is really lost. He decides to fire three shots into the air as the first man told him. He then waits an hour and does it again. He repeats this until he is out of ammo.

The next morning, the first redneck finds the second with the help of forest rangers. He asks the second redneck man if he did what he told him to do.

The redneck answers, “Yes, I fired three shots into the air every hour on the hour until I ran out of arrows.”

Did you hear about the bear hunter? Well, he was out hunting for bears one day, and soon came across a large, trophy-sized bear.

He raised his rifle and took careful aim. Just as he was about to pull the trigger, the bear turned and began to speak to him! “Isn’t it better to talk than to shoot? What do you want? Let’s negotiate the matter,” said the bear.

Lowering his rifle in shock, the hunter thought a second, and then replied, “I want a fur coat.”

A big-game hunter went on safari with his wife and mother-in-law. One evening, while still deep in the jungle, the Mrs awoke to find her mother gone.

Rushing to her husband, she insisted on them both trying to find her mother. The hunter picked up his rifle, took a swig of whiskey, and started to look for her. In a clearing not far from the camp, they came upon a chilling sight: the mother-in-law was backed up against a thick, impenetrable bush, and a large male lion stood face to face with her.

The wife cried, “What are we going to do?” “Nothing,” said the hunter husband. “The lion got himself into this mess, let him get himself out of it.”

What’s the difference between a hunter and a fisherman?

A hunter lies in wait. A fisherman waits and lies.

A small village was troubled by a man-eating lion. So its leaders sent a message to the great hunter, Jonesie, to come and kill the beast.

For several nights the hunter lay in wait for the lion, but it never appeared. Finally, he told the village chief to kill a cow and give him its hide. Draping the skin over his shoulders, he went to the pasture to wait for the lion.

In the middle of the night, the villagers woke to the sound of blood- curdling shrieks coming from the pasture. As they carefully approached, they saw the hunter on the ground, groaning in pain. There was no sign of the lion.

“What happened, Jonesie? Where is the lion?” asked the chief.

“Forget the damn lion!” he howled. “Which one of you idiots let the bull loose?”

What’s the difference between beer nuts and deer nuts

I hope you enjoyed these 11 hunting jokes as much as I did. My favorite is Skin That Bear.

So next time the conversation goes a bit quiet give your buddies a good laugh!

Read these Hunting Poems and these famous hunting quotes.